The advent of Web 3.0 and Social Media has forced the advertising world to move to digital platforms. The international proliferation of social media usage has moved brands to social platforms like Facebook, Twitter, Google+ - YouTube and Instagram to advertise. If brands did not fully understand how to maximize their presence on those outlets before, they now have a full understanding of how to capitalize on digital impressions via social media. 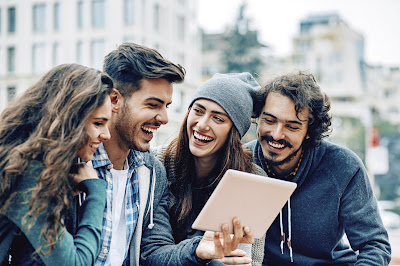 Times have changed. Television and print advertising can only reach a portion of your audience. Brands need to connect with consumers where consumers already are, and they are on their smartphones or tablets. In the past, brands were only able to engage in one-way communication. They would be talking at consumers rather than conversing with them. Now, brands can engage in multi-directional communication. Not only can brands directly interact with consumers and get instant feedback on their content, but consumers can pass on their content to other users via social media.
Consumers are leading brand conversation in social media.  And brands are listening.  The chain of communication is no longer led by the brand.  The days of broadcast promotion are over.  The chain of communication is linked It is going from brands to consumers, consumers to consumers, and back to the brands which are engaged in the social media conversation. This kind of communication would never been thought possible twenty years ago, but it has since prevailed and now stands as a means to collect immediate feedback from consumers and therefore co-create brand value.

Hashtags
Another way to get attention from your audience is done through the proper use of hashtags. The outdoor gear brand Poler Stuff is now famous for their notorious hashtags including #campvibes. The brand now has 419,000 followers on Instagram.
Online Shopping Using Social Media 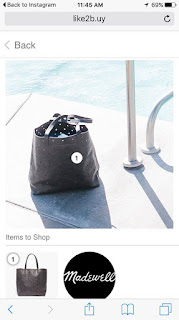 The female clothing brand Made Well decided to optimize their Instagram account so that consumers are able to shop, while browsing through their posts. The brand decided to tag items on their pictures and the tags redirect consumers to their online store where they can go ahead and put in an order of the item they liked on Instagram.
Storytelling
Another way that brands use social media to encounter a large following is done through storytelling. A lot of content creation experts such as the HubSpot Academy or Hootsuite will argue that brands do not want to follow a brand; they want to follow a story.
A lot of fitness professionals have become Instagram famous simply by posting interesting storytelling with proper hashtags and cross-promotion. 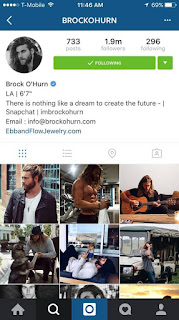 An example of this is Brock O’Hurn, a personal trainer from Florida who became famous by posting videos of himself tying up his hair in a bun. The trainer now has an international following of 1.9 million people and has relocated to Los Angeles to become a full-time brand ambassador and model. He is used by many brands including Ebb & Flow jewelry to feature their products on his Instagram page.
Oftentimes, those Instagram sensations cross-promote themselves in hope to capture some of their friends’ following. They do that on a regular basis and usually return the favor to those who have promoted them on their page.
Those Instagram sensations share their life story with their audience, from what they eat for breakfast to what they do at the gym. Their followers live vicariously through them and find their lifestyles aspirational.
In the same fashion, consumers aspire to become Internet famous as well. A good example is Austin local photographer Zilker Bark. The photographer became famous by creating an Instagram profile on which he features short clips and pictures of dogs that he meets at Austin’s Zilker Park. The Zilker Bark Instagram account now has 41,600 followers and redirects to the photographer’s website where you can contract his services. The idea is to provide free entertaining content that also features his work in order to reach a huge potential audience: people who like cute dogs.
Co-Creating Value
Another example is the Loews Hotels’ "The Room You Need" campaign, which featured real-life images of guest experiences, compensating them for their contribution. In order to do so, the hotel chain reviewed more than 50,000 pictures posted on social media using the Loews Hotels hashtags and location tags. This was an attempt to market their brand for what it is; according to them, no one can be a better endorser for their brand than consumers themselves. Thus, using real guests’ pictures show that they are not using tricks or photoshopped shots to promote their locations but real-life experiences captured on social media.

Product Placement in YouTube videos
In 2014, 180LA took on an interesting project when they decided to use pop singer Meghan Trainor’s music video to promote HP. In order to do so and to ensure that the video would reach a wide audience, the agency decided to feature international online sensations in the music video such as vloggers (bloggers who post videos rather than blog entries) that already have existing followings. By doing this, they were able to reach audiences around the world. Since online personalities are more affordable than traditional celebrities, and these online celebrities’ followers are spread across the globe, it proved to be cost-efficient and highly effective.
Posted by Unknown at 9:53 AM